Server Side Request Forgery (SSRF) is a relatively rare vulnerability, which allows for attackers to make requests on behalf of the server. Whilst SSRF has been heavily documented by ONSec as well as Riyaz Walikar, I was unable to find an example a real life example which demonstrated its critical and treacherous nature.

Here is a simple diagram which represents the attack flow for a web application vulnerable to SSRF:

As a part of the PayPal bug bounty, I came across a critical SSRF vulnerability on merchants.billmelater.com. This vulnerability let me pivot through their internal networks, and could have potentially lead to information disclosure from their systems within the network.

The vulnerability itself was found within a test bed for BillMeLater’s SOAP API, which allowed for queries to be made to any given host URL. In order to understand this SOAP API, I have created a little diagram below: 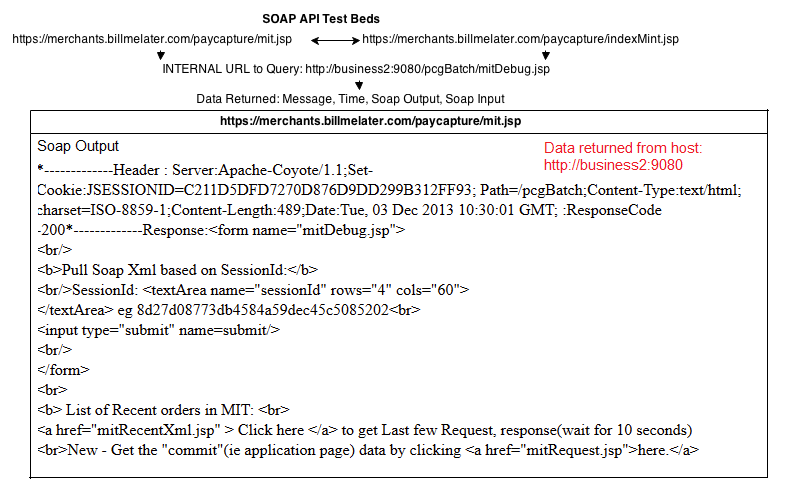 What’s so critical and treacherous about this?

I must note that this SSRF was very critical and treacherous in nature, mainly due to the way the internal PayPal networks were set up.

These were some of the URLs/Paths I found in the HTML of internal web applications:

It would have been possible to request any one of these URLs, through the SOAP API Test Bed – effectively leading to a much bigger issue: the compromise of customer data.